What is going on?

What is going on? 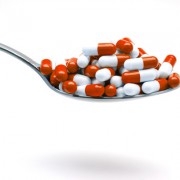 A biotech company was referred to us from an investor, as there was some uncertainty regarding the interpretation of the lead molecules behaviour after multiple dosing in humans.

On first glance it appeared that the plasma concentrations of the compound after 2 weeks of dosing were much higher than expected from the data after single administration and the team was concerned that the compound may inhibit its own metabolism resulting in a change of pharmacokinetics (PK) over time.

We reviewed the pre-clinical and clinical data and did some very straightforward calculations to distinguish whether or not the observed phenomenon would follow the principles of linear PK or if there was indeed some evidence for a chance in PK with multiple dosing. It turned out that the scientist had slightly underestimated the half-life of the compound after single administration and therefore the compound was dosed twice a day (BID). Our re-evaluation of the data showed that the half-life was approximately 7 hours and that the compound would be expected to accumulate about 1.5 fold with BID dosing. The observed concentrations after 2 weeks of treatment were very much in line with that projection and no evidence for time changing PK or shift in metabolism was found.

Both, the team and also the investor were very happy with the outcome of this analysis and have changed the dosing strategy for this compound to once daily.

Handle with care!
Scroll to top