How to spot a flip flop?

How to spot a flip flop? 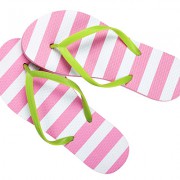 A research team at the university had discovered that a metabolite of an already marketed drug showed an interesting pharmacological action that could be useful in a completely different indication.

The team collected the available human data on the metabolite in order to evaluate, whether or not the metabolite could be developed into a drug. The main route of excretion for this molecule was via the kidney after glucuronidation and the half-life was published to be 21 hours.

Such a long half-life appeared attractive with respect to the clinical use of the drug, however, the data were inconsistent with the elimination route as renal excretion of a glucuronide is usually rather fast. Interpretation of an apparent half-life of a compound can sometimes be tricky and in this case it could have been misleading. If the formation or absorption of a compound is much slower than the elimination, the half-life calculated from plasma describes actually the entry into the blood system rather than the exit. This phenomenon is called “flip-flop kinetics” and can sometimes be overlooked. In our case the half-life for this metabolite has only been assessed when the molecule was formed within the body from the parent molecule and it is likely that the value of 21 hours reflects its formation rather than its elimination rate.

The team now plans to administer the metabolite iv, to determine its true elimination half-life and evaluate whether or not the molecule has drug-like characteristics.

What dose to give to a child?
Scroll to top