You are here: Home1 / CASE STORIES2 / Does Gender Matter? 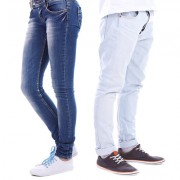 This is a story about a molecule that showed an apparent gender effect during Phase 1. It appeared that the plasma concentrations in men were considerably lower than in women and the company development team planned to dose the compound in men and women differently in subsequent trials.

While gender effects are quite common in pre-clinical studies with rats, they tend to be quite rare in humans. Some drugs need to be given on a body weight base, but other than that the pharmacokinetic behaviour of drugs in man and in woman is usually the same.

A thorough review of the data revealed that Cytochrome P450 1A2 was the major metabolizing enzyme for this compound, which gave us a good idea about the true cause for the observed difference. As the enzyme is induced by cigarette smoke, we checked the patients demographics and found that 10 of the 12 men were smokers and all of the women were non-smokers. The plasma concentrations in the two non-smoking men was very similar to the women, which confirmed that the smoking pattern was more likely to cause the difference rather than the gender of the patient.

This new insight avoided a costly strategic mistake and allowed the team to design the appropriate experiments to fully understand the pharmacology of the compound.

What dose to give to a child?