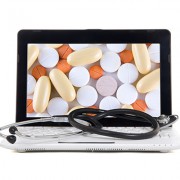 Even new and innovative drugs have to establish themselves against existing and established medicines on the market and very often we would like to know already before the drug has ever been given to humans if it has a chance to be better than the competition.

This is when computer models can be very powerful as they allow to integrate data and knowledge from various sources. Once a model is established and has been tested, simulations can be run and what-if scenarios explored.

For a new anti-diabetic drug we used this technique to evaluate whether or not it had a chance to meet its aggressive target product profile. Some computer models for diabetes drugs exist already and we adapted a suitable basic model with pre-clinical and clinical literature data from competitor molecules that were further ahead in development or already on the market. The pre-clinical and early clinical experiments for the new drug were optimized to generate the key parameters, which were then included into the model. Combining the information from the new molecule with the pattern derived from the literature data, it was possible to simulate a clinical proof-of-concept study and estimate the chances of a positive outcome.

This information raised the confidence of the investors and also allowed the team to design a small but strong study that demonstrated the full potential of the molecule very early.